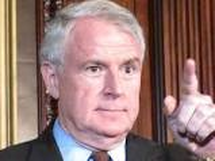 ​If there ever was a more definitive definition of “Keeping it real”, this was it!

But that is not all, she continues to go say how the Black elected officials in City Hall just sit by idly allowing Mayor Tom Barrett to continue to disrespect and ignore the needs of the Black community and the north side, particularly as it pertains to the upcoming election with only five polling places for 40,000 – 50,000 in person voters (presenting a health hazard that Barrett claimed he was trying to avoid) and the lack of economic development by Mayor Barrett and DCD Commissioner Rocky Marcoux.

In addition Bryant points out that Mayor Tom Barrett is ignoring Milwaukee’s need to replace over 74,000 lead pipes which has resulted in a lead water crisis that poisons children, specifically children under the age of six.

You can watch Michelle Bryant’s Facebook Live video by clicking on any of the three images at the top of this page.

In Their Own Words:
“They don’t really care about us!” Michael Jackson

​Get in touch with us or check out our partner companies.