​WAUKESHA, Wis. – Education was on the ballot in the spring election Tuesday. In addition to the election for the nonpartisan state Superintendent for Public Instruction, 44 school districts asked voters for more money to support education. 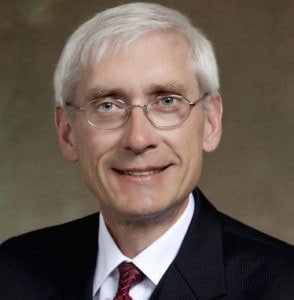 Incumbent Superintendent Tony Evers easily defeated Lowell Holtz, the former superintendent of the Whitnall and Beloit school districts, with 70 percent of the vote. Evers was backed by teachers unions and received support from the Democratic Party. He has been critical of expanding private school vouchers.

Holtz was a supporter of private school vouchers and made opposition to Common Core standards an issue in the campaign. His campaign was hampered by allegations that he sought a position with the state Department of Public Instruction in exchange for dropping out of the race in favor of another candidate, John Humphries, who lost in the February primary election. Holtz’s campaign was also unable to match Evers’ television advertising expenditures.

On election night, Evers said he received bipartisan support for his campaign.

“I think there are Republicans who are supporting me out there,” Evers told the Associated Press. “They may not want to say it out loud.”

Holtz said the campaign gave him a platform to “raise serious issues regarding the condition of education in Wisconsin.”

“I wish Dr. Evers well in his new term, and I hope this campaign has broadened the way people view education reform in the State of Wisconsin,” Holtz said in a statement.

Wisconsin’s school districts had mixed results on ballot questions, with 40 of 65 referendums passing on Tuesday.

State law imposes limits on school district tax levying authority as a way to hold down property taxes. School districts can exceed the limits by asking voters to approve an increase through a referendum. Of the 36 referendums to exceed the state’s revenue limits, 24 passed.

The largest of the referendums to exceed the caps occurred in Green Bay. Voters approved, with 62.7 percent of the vote, an increase of $16.5 million over the revenue caps for 10 years.

In the West Allis-West Milwaukee School District, voters rejected a request to exceed state revenue limits by $2.5 million each of the next five years. According to the Milwaukee Journal Sentinel, the district wiped out $17.5 million in reserves over 10 years. The overspending included at least $14 million during the 2013-14 and 2014-15 school years.

School districts also may go to referendum to ask for bonding authority to borrow for construction or maintenance. Voters approved 16 of 29 of these referendums for a total of $464.7 million in new bonding.

In the Verona Area School District, voters approved nearly $183 million in bonding for capital improvements in two referendums. The larger bonding referendum, suported with 72.7 percent of the vote, will allow the district to spend $162.8 million on a new high school, the largest bonding referendum this year.

The second referendum, for $18.5 million in bonding, which passed with 60.8 percent of the vote, will allow the district to build an indoor swimming pool and two athletic fields at the high school. Voters approved another $2.29 million in increased spending over the state revenue caps every year to cover increased operational costs resulting from the expanded facilities.

The spending will be mitigated by an additional $140 million in additional tax revenue over the next 20 years from a now-closed tax incremental financing district, according to the Wisconsin State Journal. If the referendum for the new high school had not passed, property taxes would have decreased by $2.53 per $1000 in value. Instead, taxes will increase $.42 per thousand, a net change of $2.97 per $1000 or $742.50 for a $250,000 home.

​Meanwhile, the Arrowhead Union High School District referendum for $36.7 million in bonding for a campus-wide building improvement program was rejected by 62 percent of the voters.

This was the second referendum attempt by the school district to ask the voters for bonding authority in six months. In November, the district asked voters for $64.7 million in borrowing authority for renovations and construction. That referendum failed with 54.3 percent voting no. The district also asked for an additional $173,000 annually from the taxpayers for operational costs, and that referendum failed with 56 percent voting no.

A bill in the state legislature last year authored by Sen. Duey Stroebel, R-Saukville, that would require a year between referendums failed to receive a floor vote.