​MADISON, Wis. — On the verge of losing the job she loves, embattled Criminal Justice Professor Sabina Burton is not going gently into that good night.

Burton is filing an amended federal complaint charging that University of Wisconsin-Platteville administrators violated her constitutionally protected rights, including her First Amendment right to criticize the administration. 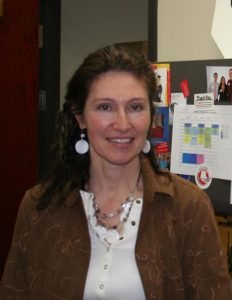 Burton and her attorney also charge that UW-P Chancellor Dennis Shields failed to include appeals procedure language in his letter earlier this month calling for Burton’s dismissal from her tenured position. Shields advised Burton that he had “found just cause” to fire the professor following an investigation into complaints brought by one of the administrators Burton has accused of discrimination and retaliation.

Burton said she plans to refute Shields’ findings at a faculty senate committee hearing, and will appeal the dismissal to the University of Wisconsin Board of Regents.

She said she holds out little hope that she will receive justice from what she describes as Shields’ “kangaroo court,” but the Equal Employment Opportunity Commission has granted her the right to sue administrators. Burton has lost twice in federal court on previous charges, but she said she received inadequate representation and that Shields’ move to terminate her position only underscores her charges.

As first reported in Wisconsin Watchdog’s series, Troubled Campus, Burton alleges she has been the victim of harassment, discrimination and retaliation at the hands of UW-P administrators since October 2012, when Burton stood up for a female student who said she had been sexually harassed by a male professor in the Criminal Justice Department.

Burton claims administrators took away a grant and committee seats, and effectively stalled her professional career after she spoke out about the handling of the sexual harassment complaint in Oct. 2012. She defended a female student who felt sexually harassed by a male professor. A university committee found in favor of Burton and said that administrators had “slut shamed” the student.

Burton alleges she was physically threatened by the former acting chairman of the department, and also claims she was defamed by an instructor.

She sued the university and some of its administrators in 2015 in federal court, eventually losing the case.

In January, Shields ordered Burton to clean out her office and prohibited her from being on campus while the investigation into complaints against the professor continued.

The chancellor at the time advised Burton that he was “initiating the dismissal process” based on a complaint filed by two administrators. Shields informed Burton that if the allegations were true, they would warrant “Burton’s dismissal.”

Among other offenses, the administrators’ complaint alleges Burton behaved “unprofessionally,” including “involving students into your personal concerns.”

In his dismissal letter, Shields claims an investigation conducted by UW System administrator Petra Roter found that Burton engaged in “disrespectful, harassing and intimidating behavior” toward her colleagues “in an attempt to undermine them professionally and damage their reputation and careers.”

Roter last month completed a report on her findings. The investigation included interviews with Burton and her accusers, who claim it was Burton who has caused a hostile environment in the department.

Overall, Roter’s report suggests the Criminal Justice Department has been in disarray for some time.

“Everyone interviewed agreed that Dr. Burton is an excellent teacher,” the report states.

UW-Platteville officials have said they cannot comment on personnel issues.

Burton said she has appealed to everyone from state Rep. Travis Tranel, R-Cuba City, to Gov. Scott Walker. She received lots of promises from numerous pols to look into her case, but none have come to her aid.

In a lengthy statement to Wisconsin Watchdog, Burton, who was born and raised in Germany, said corruption has made the U.S. Constitution a mockery:
​

“From everything I have learned about the U.S. of America it should be absolutely un-American to accept corruption. You look at why people emigrated from Europe to America, the Constitution the forefathers gave us, the strong individual rights protection. Having worked in law enforcement I understand that people break the law. I understand that corruption will always exist, what I don’t understand is why people don’t seem to be more invested in fighting government corruption. UW-Platteville is a public institution. The sheer apathy on the side of employees and politicians in this state is unprecedented to me. After WWII the United States taught Germans how to recognize and resist government corruption. The German constitution bears resemblance to the American Constitution and includes strong individual rights protection. I am a product of post WWII education. Perhaps that is why I can’t just look the other way, take the easy way, drink the Kool-Aid. They have offered me the Kool-Aid but the price was too high. I wasn’t willing to give up my integrity and forego the safety of our students for the carrot they offered.”