As the national debt grows toward $20 trillion, a financial watchdog says $100 trillion is a more realistic number when factoring in unfunded obligations.

The U.S. Treasury’s “Debt to the Penny” website listed the outstanding debt as $19,846,045,559,411.81 on Monday morning and prognosticators are predicting when the amount will hit $20 trillion. Even Truth in Accounting (TIA), the Chicago-based organization that pushes governments to release accurate, easy-to-understand financial reports, has a small betting pool on which day the magical number will be hit. 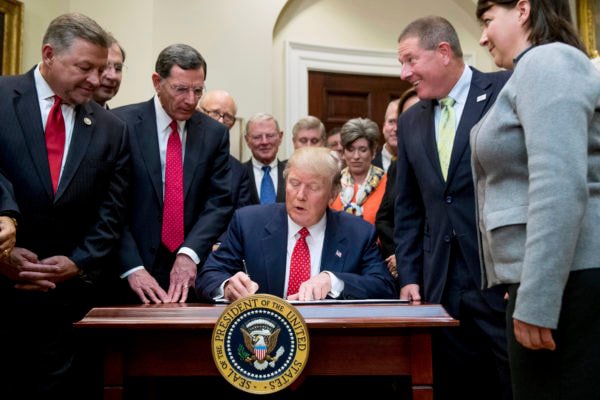 ​But the debt clock on TIA’s home page now ticks above $99 trillion. The group argues that most of the actual federal debt is hidden off the books in the form of promised future payments to Medicare and Social Security recipients.

“The federal government doesn’t include those unfunded liabilities on its balance sheet,” said Bill Bergman, director of research for TIA.

For many years, thousands of those governments didn’t include unfunded pension benefits on their balance sheets, but new standards from the Governmental Accounting Standards Board requiring state and local governments to acknowledge that debt is starting to give the public a more accurate view of the national pension crisis.

The federal government doesn’t hold itself to the same standard, the argument being it has the ability to change the laws regarding Medicare and Social Security benefits at any time, Bergman said. Meanwhile, the federal government lists student loan debt as an asset on its balance sheet (as a bank would), although that debt could be forgiven at any time, which Bergman called “inconsistent.”

“We control the law and we can tell you what we owe you,” he said of the feds. “It’s a superior view and wouldn’t be tolerated in the private sector.”

President Donald Trump’s budget for 2018 proposes a $54 billion boost in defense spending and an equal number of cuts in other departments. The net effect is still a $487 billion annual deficit, although White House Budget Director Mick Mulvaney said in a statement attached to the spending blueprint that it was crafted “much the same way any American family creates its own budget while paying bills around their kitchen table; it makes hard choices.”

Mulvaney called the $20 trillion debt “a crisis,” noting that each American’s share is more than $60,000.

“The president’s commitment to fiscal responsibility is historic,” he said. “Not since early in President Reagan’s first term have more tax dollars been saved and more government inefficiency and waste been targeted. Every corner of the federal budget is scrutinized, every program tested, every penny of taxpayer money watched over.”