​Tuesday is the sixth anniversary of a “Dear Colleague” letter issued by the Education Department’s Office for Civil Rights. That letter sparked an intense debate between proponents of due process and victims’ advocates on the necessary and proper role that universities should play in tackling campus sexual assault. 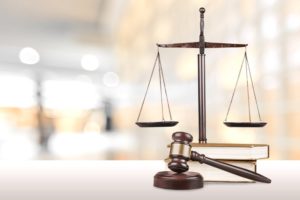 A new report from Stop Abusive and Violent Environments, an organization that has worked to increase awareness about the lack of due process in campus adjudication systems, shows that the 2011 letter has only made things worse for schools.

While OCR claimed the letter was merely “guidance,” it carried with it the threat of a loss of federal funding for failing to comply. In the years after the guidance was issued, OCR opened more than 300 investigations into schools alleged to have violated Title IX by not adequately responding to accusations of sexual assault. In every investigation conducted by OCR, some violation of Title IX has been found, even if the findings are inconsistent with each other.

For example, in one finding, even OCR determined it was more likely than not that the accused student hadn’t committed sexual assault, but found the school in violation of Title IX because it did not immediately open an investigation (because the accuser didn’t want one) and because the school didn’t find the accused to be “not responsible” fast enough.

Schools, predictably, sign on to change their policies (often further reducing the due process rights of accused students) in order to satiate OCR and avoid losing federal funding.

SAVE’s new report doesn’t just detail the problems that accused students face at colleges and universities across the country, but also the problems for accusers. The report explains the “conflict of interest” that is inherent in schools wanting “to maintain and promote a positive reputation of the institution.”

The millions of dollars being spent by colleges to hire investigators doesn’t pay for adequate training, and adjudicators lack the skills to preserve and analyze forensic evidence, according to the report. School administrators also lack the ability to compel students to turn over evidence. At Vanderbilt University, for example, the school found the accused students not responsible because it couldn’t subpoena their cell phones, which held footage of them gang-raping a passed-out young woman. The criminal justice system was the only way for the victim (who didn’t know anything had happened to her) to get justice.

​​Bending toward injustice
There’s also a conflict of interest that affects accused students. Those adjudicating reports of sexual assault have a moneyed interest in complying with OCR’s requirements that heavily suggest denying due process.

These administrator’s jobs depend on schools’ need to forcefully adjudicate campus sexual assault claims, and if they find for accused students, the media and campus activists will demand their heads.

The SAVE report found that in 2011, complaints to OCR about sex-related discrimination tripled, from 391 complaints a year in 2010, before the Dear Colleague letter, to 1,096 complaints in 2011. As of fiscal year 2014, the number of complaints has doubled to more than 2,000. Every other type of discrimination has remained at the same levels.

Accusers are still filing complaints with OCR (which requires little to no money), while accused students are filing lawsuits at an increased rate. SAVE found that between 1992 and 2009, just 10 lawsuits were filed by accused students. Just two years after the Dear Colleague letter, in 2013, the number of lawsuits began to dramatically increase. In 2016, more than 40 lawsuits were filed (that we know about). That trend has accelerated so far in 2017.

SAVE previously analyzed 51 lawsuits filed since 2012 that had received a judicial decision prior to July 15, 2016, and found that 30 had been decided at least partly favorable to the accused student.

School administrators are publicly supportive of combating campus sexual assault, but there have been internal critics of OCR’s policies.

SAVE quoted John McCardell, vice chancellor of the University of the South in Sewanee, Tenn., as criticizing the department’s rules. He said the Dear Colleague letter has “imposed on entities ill-trained or equipped for the task, a quasi-judicial role, with the implication that ‘justice,’ however defined, can be satisfactorily rendered through processes that cannot possibly replicate a genuine legal proceeding.”

SAVE also included a quote from a student affairs employee who outlined the inherent bias against accused students by OCR’s policies.

“A Title IX investigation is anything but equitable. A complainant is hand-held throughout the process – called a “victim” or “survivor” from the get-go, given on- and off-campus resources, academic accommodations, counseling, advocacy, etc,” the employee wrote anonymously.

“On the other hand, the accused student has everything at stake from loss of educational opportunity, ruined reputation, compromised future, and sometimes criminal charges, and is in dire need of help. But that student does not have an advocacy center on campus, and does not receive any information about resources or academic accommodations. And the consequences, of course, are not the same. There are no sanctions for a wrongful accusation.”

It is not just group’s like SAVE that have been critical of OCR guidelines. Professors from Harvard Law School and Penn State, as well as the American College of Trial Lawyers, National Association of Scholars and the American Association of University Professors, have all openly criticized the Obama-era policies.

It remains to be seen what President Donald Trump and Education Secretary Betsy DeVos plan to do about the problem.

It appears that he has just tapped a “libertarian feminist” to at least temporarily run OCR, but there has been no indication whether the 2011 Dear Colleague letter and subsequent guidance documents will be amended or rescinded.