​Despite claims of victory from physician-assisted suicide advocates, plaintiffs in a recently dismissed District Court case say the judge’s decision ultimately was a win for moral and religious liberty.

“They are cautiously optimistic, and thankful the court recognized their right to pro-life [medical practice],” Steven Aden, the plaintiffs’ legal counsel, told Watchdog.
​ 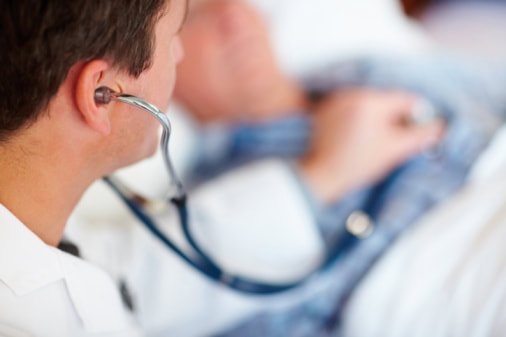 Last July, the Vermont Alliance for Ethical Healthcare and the national Christian Medical and Dental Associations filed suit against Vermont, claiming the state’s physician-assisted suicide law, Act 39, violated their moral and ethical beliefs. The groups enjoined the court to prohibit the state from taking disciplinary action if a physician refused to counsel a patient about the option to commit suicide.

Last week, the U.S. District Court for the District of Vermont dismissed the case, reasoning that the law was not a real threat to the plaintiffs religious liberty.

The judge maintained that, after litigation, all parties agreed on at least one option that would not violate religious liberty or be a barrier to a patient’s right to medical information: refer patients who inquire about doctor-assisted suicide to another physician or to a website.

​“Without some likelihood of injury, there is no real controversy between the parties sufficient to meet the constitutional requirement [to continue the case],” Judge Geoffrey W. Crawford wrote in his decision.

During the proceedings, the court took testimony from representatives of the Attorney General’s office, who clarified how the state views religious protection under Act 39.

“Act 39 does not give patients a ‘right’ to ‘request’ and ‘expect and receive’ aid in dying from their health care provider, but, instead, expressly provides that health care providers and facilities are not obligated to participate in the Act 39 process,” the written testimony stated.

Aden says the clarification of the state’s position is an important result of the case.

“Before the lawsuit was filed, the state was rather coy about under what circumstances clients are required to counsel [patients about assisted suicide]. We’re thankful that through this litigation, the state’s position is much closer to respecting plaintiffs’ First Amendment rights.”

While the physicians who brought the suit are optimistic, assisted suicide advocates are taking the ruling at face value.

“Justice has prevailed in this case for terminally ill Vermonters,” Betsy Walkerman, president of Patient Choices Vermont, stated in a press release.

“This ruling reinforces the professional obligation of doctors to have full and open discussions, respond substantively to all questions, and enable patients to make fully informed decisions.”

It remains to be seen whether the state will abide by its protective stance or transition toward the agenda of assisted suicide advocates.

Aden said his clients plan to pursue other avenues to ensure protection of their ethical rights. Some have advocated that legislators introduce a bill that fully clarifies religious protection under Act 39.

If prosecution does arise, said Aden, his clients have stated they would leave the state rather than violate their religious or moral beliefs.