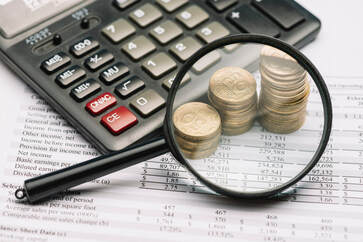 “BEFORE YOU CUT A SINGLE DIME THAT COULD HELP OUR FELLOW CITIZENS AND OUR STATE WEATHER THIS AWFUL TIME, YOU MUST TAX US, THE RICH.”

New York, NY – As the April 1 budget deadline for New York State approaches, the state government faces a projected $15 billion budget shortfall as a result of the COVID-19 crisis. But rather than asking any New Yorkers, even the wealthiest with plenty more to give, to pay higher taxes, Governor Cuomo and the Democratic leadership in the state legislature offer across-the-board budget cuts to programs that millions of New Yorkers rely on.
In response to this outrageous decision to risk the wellbeing of millions of New Yorkers instead of slightly increasing taxes on millionaires and billionaires in the state, a group of millionaire residents of New York released the following letter.
———-

We are millionaires and multi-millionaires living and working in New York State. We thank you for all that you are doing to keep New Yorkers safe during the Covid-19 pandemic. But there is one more action that you must take to help the people of New York during this time of dire need in our state, the country, and the world.

You need to raise taxes on people like us.
This is not the first time we have raised this issue. Even before the global pandemic hit New York, we were disappointed that your proposed budget for the state included no new taxes on multi-millionaires and billionaires. Now that the coronavirus is here, our request is all the more urgent.

This crisis is estimated to cost our state $15 billion in lost revenue. But instead of asking those of us who have the most to do a little more, you plan to close the funding gap by cutting education and other essential public services.
We understand that you are reluctant to impose higher taxes on anyone, but if there was ever a time to set your personal preferences aside, that time is now.
We have jobs and income. Hundreds of thousands of New Yorkers do not. Our wealth has exploded over the last decade. The majority of our fellow New Yorkers have little or no wealth at all.

There are myriad ways to close the budget gap – from closing loopholes to implementing an ultra-millionaires tax. We count on lawmakers like you to make those choices. But before you cut a single dime that could help our fellow citizens and our state weather this awful time, you must tax us, the rich.
Tax us. Tax us. Tax us. Tax us.
It is the only right thing to do.