MADISON, Wis. – While it might not be the wisest decision, it’s generally not illegal to call a cop an asshole.  It’s one of those First Amendment things.
​
But perhaps free speech need not apply in the northwest Wisconsin village of Hammond, where resident and local government critic Tony Endres found himself in trouble with the law for exercising his First Amendment rights.
​ 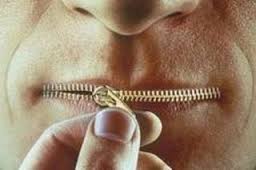 In August 2015, Endres was out for a motorcycle ride when he said he waved at a police officer in his neighborhood. The police officer brusquely turned away, Endres said. Offended, Endres shouted out the offensive moniker.

“I came back that evening and another officer on duty at the time pulled into my driveway. He told me there was a complaint filed against me and I was going to be charged with disorderly conduct because of my statement. I said I didn’t do anything wrong,” Endres said.

Nothing seemed to come of the incident at the time.

Weeks later, Endres received a personal advertisement letter from an enterprising local attorney asking whether Endres would like legal representation. For what? Endres was confused. The attorney in a review of online court records had discovered that Endres had been charged. But Endres said he was never served, either in person or by letter.

​To Endres, the charge was retaliatory.

He had long been an outspoken critic of Hammond Police Chief Rick Coltrain, at one point accusing the law enforcement official of fraud. Endres provided documents and photographic evidence to support his allegation that Coltrain’s car was parked in front of his home while the chief’s time cards noted that he was on the clock and on the job. Endres also obtained phone records through an open records request that showed Coltrain placing a call from his cabin in Siren while his time cards said he was on the job.

In a decision that involved a recusal by one of Coltrain’s allies, the Hammond Police and Review Board cleared the chief of any wrong-doing. Endres said it was small-town cronyism at its worst. Coltrain was “stealing money from the taxpayers,” Endres testified at the board meeting.

His citizen activism did not play well with local law enforcement and the pro-chief members of the Hammond Village Board.

In closed session, a board member threatened Endres, according to the resident.

“He said he’d shoot me in the head, and I’d be in a body bag,” Endres said. A fellow board member resigned over the incident. Endres filed a complaint with the district attorney’s office, but the DA did not file any charges.

Village Board President Tony Bibeau did not return a request for comment. The chief said he needed to consult the village attorney before responding.

Dan Orr, the police officer who filed the original complaint against Endres, claimed that he was “afraid for the safety of his family because of the actions of Tony Endres.” Orr, who previously worked on the Hammond police force but was employed with an area law enforcement agency at the time, noted Endres’ “hateful posts” on his Facebook site and that he carries a concealed gun. Endres’ Facebook posts are highly critical of police and local government officials, like so many other social media sites. And Wisconsin, like every other state, has a concealed carry law.

Endres said he had to go to court over a half dozen times in fighting the disorderly conduct charge. At the final appearance the judge asked him if he wanted to say anything to the court.

“I said, ‘I haven’t broken any laws. It’s not illegal to swear in public.’ The (assistant) DA interrupts and says, ‘That’s not for a judge to decide, that’s for a jury,’” Endres said.

Frustrated and feeling like he would receive no justice in a provincial place controlled by corrupt government officials and their law enforcement allies, Endres said he was tired of the whole mess. He gave up his free speech fight and paid the $250 fine, entering a no-contest plea.

“They beat me down, I admit it,” he said. “I didn’t want to take the chance of going to trial with of all the corruption all the way through the county.”

Instead, Endres fought back at the polls. He ran for village board trustee in this month’s election. He lost.

But the citizen activist hasn’t quieted his campaign against what he claims is ongoing bad behavior by small town government leaders.

“I want to expose their behavior,” Endres said. “I want people to know what’s going on in our local government. …People need to watch the police. Don’t be afraid of the police or the government. They serve us, not the other way around.”