​Mississippi Power says the Kemper Project clean coal power plant will be operational by April 30 and that the previously announced delay will cost an additional $70 million.

The company, a subsidiary of utility giant the Southern Company, revealed the information in a filing with the U.S. Securities and Exchange Commission Monday. The added expense brings the total cost to $7.237 billion. 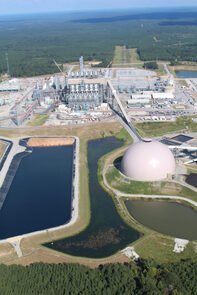 The company claims that its 186,000 ratepayers in south Mississippi won’t pay the additional costs for the power plant, which converts lignite coal mined on site into a natural gas-like substance called synthesis gas to fuel its electricity-generating turbines.

The utility announced on March 16 that the facility would miss its mid-March operational date because of tubing leaks in the synthesis gas cooler on one of the plant’s two gasifiers, Gasifier A, which required an outage for a repair. The company says it needs the additional time to restart Gasifier A and establish integrated operation on Gasifier B, which it says has been running since Gasifier A went down.

Getting Kemper operational has been a massive headache for the Southern Company. The utility has blown through seven months of new operation dates and is nearly three years behind schedule. The utility says every month of delay costs it between $25 million and $35 million.

The clean coal power plant has seen cost increases for 22 consecutive months. The project, announced in December 2006, was originally estimated to cost $1.8 billion.

Timeline on the last six months of schedule delays: