​​Since Arizona voters voted overwhelmingly in November to raise the state’s minimum wage from $8.05 to $10, the increase has sparked heated debate about the effect on jobs and the overall economic health of the state. 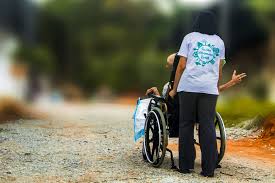 Generating less heat — but as many problems — has been the wage hike’s effect on Arizona’s network of private non-profits on whom the state relies to provide care to its disabled population.

These non-profits, operating on fixed reimbursement rates from the state, have been hit hard by the costs of Proposition 206, which took effect in January.

​One organization feeling the pinch is Marc Community Resources, a non-profit based in Mesa.  Marc has been operating in the state for about 60 years, helping the disabled community with everything from housing support and job training to physical and behavioral therapy.

Prior to Prop 206, most of Marc’s entry-level direct service staff were making $8.90 an hour.

The 24 percent hike in the minimum wage substantially increased the cost of employing these direct-service providers, said John Moore, Marc’s CEO.  He estimates that his staffing costs have gone up 20 percent since January, leaving a $1.6 million hole in the organization’s budget.

“We are bracing to make ends meet without disrupting services to a vulnerable population,” he told Watchdog, saying that Marc has had to fall back on its limited cash reserves to avoid steep service cuts.

Those reserves won’t last forever though, and without a boost in appropriations from the legislature to fund Prop 206’s costs, Moore said the impact to disability services will be “severe.”

The Arizona Association of Providers for People with Disabilities (AAPPD) estimated that the increased costs from Prop 206 — along with an even larger minimum wage increase approved in Flagstaff — will cost disability service providers collectively $74 million for direct-service staff alone through June 2018.

The increased minimum wage has also made it more difficult to attract direct-service staff in the first place, according to Rachelle Hadland, an AAPPD staffer.  Prior to Prop 206, she told Watchdog, most of these front-line employees were already making more than minimum wage for a job that can be both physically and emotionally draining.

Now that many in the industry can afford to pay only minimum wage, Hadland said, many workers are opting for less stressful, similarly paid positions in retail and food service.

Anticipating the problem, AAPPD opposed the minimum wage increase, initially through a ballot information statement during the campaign and then in an amicus brief filed in a recent constitutional challenge to the initiative in the Arizona Supreme Court.

That challenge — in which AAPPD member ABRiO Family Services was a plaintiff — alleged that Prop 206 violated a section of the Arizona state constitutions that prohibits ballot initiatives creating expenditures for the state without specifying a source of revenue.

On March 13, the state Supreme Court unanimously rejected that argument.

That has left AAPPD and providers it represents appealing to the legislature for more money.

But that emergency funding did not cover everything, said Monica Attridge, CEO the Hozhoni Foundation, an operator of group homes for disabled Arizonans in Flagstaff.

Her organization has been hit especially hard, thanks to a local Flagstaff measure that raised the city minimum to $2 above the state minimum. She said the increases have already led her organization to let some staff members go, leave other positions unfilled, and cut back on services such as day outings.

Without quick intervention by the state, Attridge said, her organization will be out of business by October.

She said other providers in her area have told her they are in the same position, meaning that unless the legislature acts, Flagstaff could be left without disability services entirely.

Most of the providers who spoke with Watchdog have expressed cautious optimism that lawmakers will come through, at least for the coming year.

But the problem will continue to get worse. The rise to $10 an hour was just a first step. The measure calls for subsequent increases until the state minimum wage reaches $12 in 2020.

“Presumably the state is using the lowest-cost method available to them.  If one input, in this case labor, is pushed artificially up, it will have to use a second, more costly measure,” said Don Boudreaux, an economics professor and senior fellow at George Mason University’s Mercatus Center. “That means the state will either have to provide fewer services, provide them less efficiently or ask taxpayers to pay more.”