​MONTPELIER, Vt. — A bill that would have offered greater flexibility for school district mergers was voted down by the House Education Committee on Thursday afternoon. 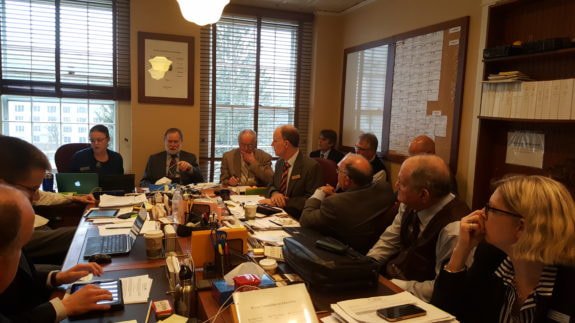 H.15 would have given more support and incentives for schools to choose an alternative district option to comply with the 2015 school merger law, Act 46. With alternative districts, school boards attempt to hold on to their current governance structures by convincing the Agency of Education that it is the best option for students and taxpayers.

Without the bill, the alternative district option is basically relegated to mere back-up plan status, with no incentives.

Donna Russo-Savage, legislative counsel to the Agency of Education, spoke out against H.15.

“The agency has some concerns. The governor supports flexibility, and I realize H.15 is an attempt to increase flexibility, but the governor is also very concerned about sustainability and affordability, and I think that H.15, at least in the way that it’s currently presented, probably would put a stop to any forward momentum,” she said.

A common theme behind the 9-2 vote against the bill was that it took the teeth out of Act 46.

“That video [shown about the benefits of mergers] was the perfect example of what can happen when communities drop their guards and look for ways to save money, expand education opportunities and generally improve the lives of everyone,” said state Rep. Peter Conlon, D-Cornwall.

“We must not forget about why Act 46 exists,” she said, citing that education spending in Vermont has risen from around $800 million to $1.6 billion in just several years, while enrollment has dropped by over 20,000 students, or about 20 percent.

Rep. Emily Long, D-Newfane, who also voted against H.15, said the committee should instead support a different bill seeking increased flexibility for school district mergers, and which was approved in the Senate.

“We have on the table S.122 which allows for more flexibility for challenges moving forward,” she said.

David Kelley, clerk of the Hazen Union School Board, expressed disappointment in the committee’s vote and seeming preference for S.122.

“[H.15] was a lot better than S.122,” he told Vermont Watchdog. “It would have worked for the OSSU [Orleans Southwest Supervisory Union],” he said. “It would have allowed for a lot of flexibility in the creation of alternative structures.”

Hazen Union, part of the Orleans Southwest Supervisory Union, is comprised of several districts that have collectively decided to pursue an alternative district status. Kelley said the committee is not making their task any easier.

He added that S.122 does very little for the OSSU. “It just creates a few more boxes to accommodate a few more struggling districts. It basically makes the preferred structure a little bigger, but it doesn’t do anything to make the alternative structures any easier,” he said.