​A new solar project spanning about 150 acres and generating 20 megawatts of capacity stands to become the largest solar installation in the Green Mountain State, but it may curtail cheaper renewable energy projects. 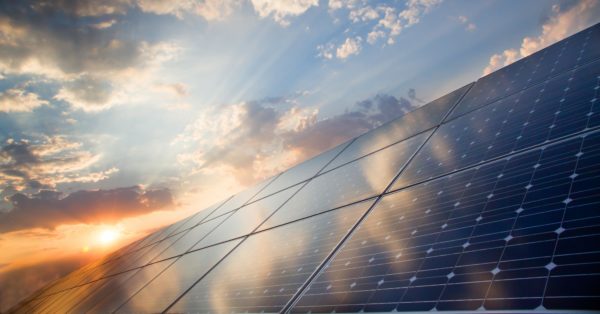 “We do not,” McNamara replied. “That’s part of the analysis that we need to find out.”

In a nutshell, McNamara’s response hints that the giant solar project slated for Windsor County will not necessarily benefit local ratepayers.

“The potential for curtailment, in my very limited knowledge of the transmission system in this area, is that the curtailment would probably be limited to the Wilder hydroelectric facility,” McNamara added.

No official analysis has be conducted despite the fact that the PSB has already issued a certificate of public good.

Annette Smith, director of Vermonters for a Clean Environment, said that analysis would be part of a system impact study to see how these new megawatts are going to affect an established grid.

“How can the Public Service Board do its job and evaluate all the issues surrounding these projects without a system impact study?” Smith said, adding that having one renewable source displace another doesn’t seem consistent with environmental goals.

“This whole idea that you are building renewables to displace fossil fuels doesn’t hold up when you look at the details of this particular site, where it could be displacing hydro, which is a renewable instead of a fossil fuel,”Smith said.

Tom Potvin, who lives in the area, said he was unhappy to learn that the energy project has been approved.

“It’s too bad that just three members of the Public Service Board get to decide on the outcome of all that beautiful farm land. I think the townspeople should have more say on stuff like this,” he said. “I just think it’s going to be a big eyesore.”

Another concern raised during the technical hearing is that both the project’s electricity and renewable energy credits are to be sold out of state to Connecticut. That means the project will not help Vermont reach its year 2025 renewable energy goals.

There is currently no set buyer for the electricity, but Smith said negotiations are in play for a power purchase agreement in Connecticut.

“If the transmission system is limited in how much energy it can take form the solar and hydro, there could be an instance on a sunny day with lots of hydro, then the system can’t take it,” he said. “This happened a little bit with some of the wind projects in the Northeast Kingdom and they had to cut power.”

Scudder said another matter is the intermittent nature of these projects. He said that the scenario for this project is especially cumbersome because, if the alternate nearby energy sources (in this case hydro) is also intermittent, that leaves little control over grid management.

He added that there seems to be a rush in Vermont to build ambitious wind and solar projects before financial incentives, such as federal production tax credits and renewable energy credits, sunset.

“There’s such attractive incentives for solar that it gets built whether there’s really a need in the local system or not,” he said. “This leads to situations where it can’t be delivered to where it can be used.”

CORRECTION: The story has been corrected with a more accurate estimate of the acreage of the Coolidge Solar project.